5 times faster than prior efforts. 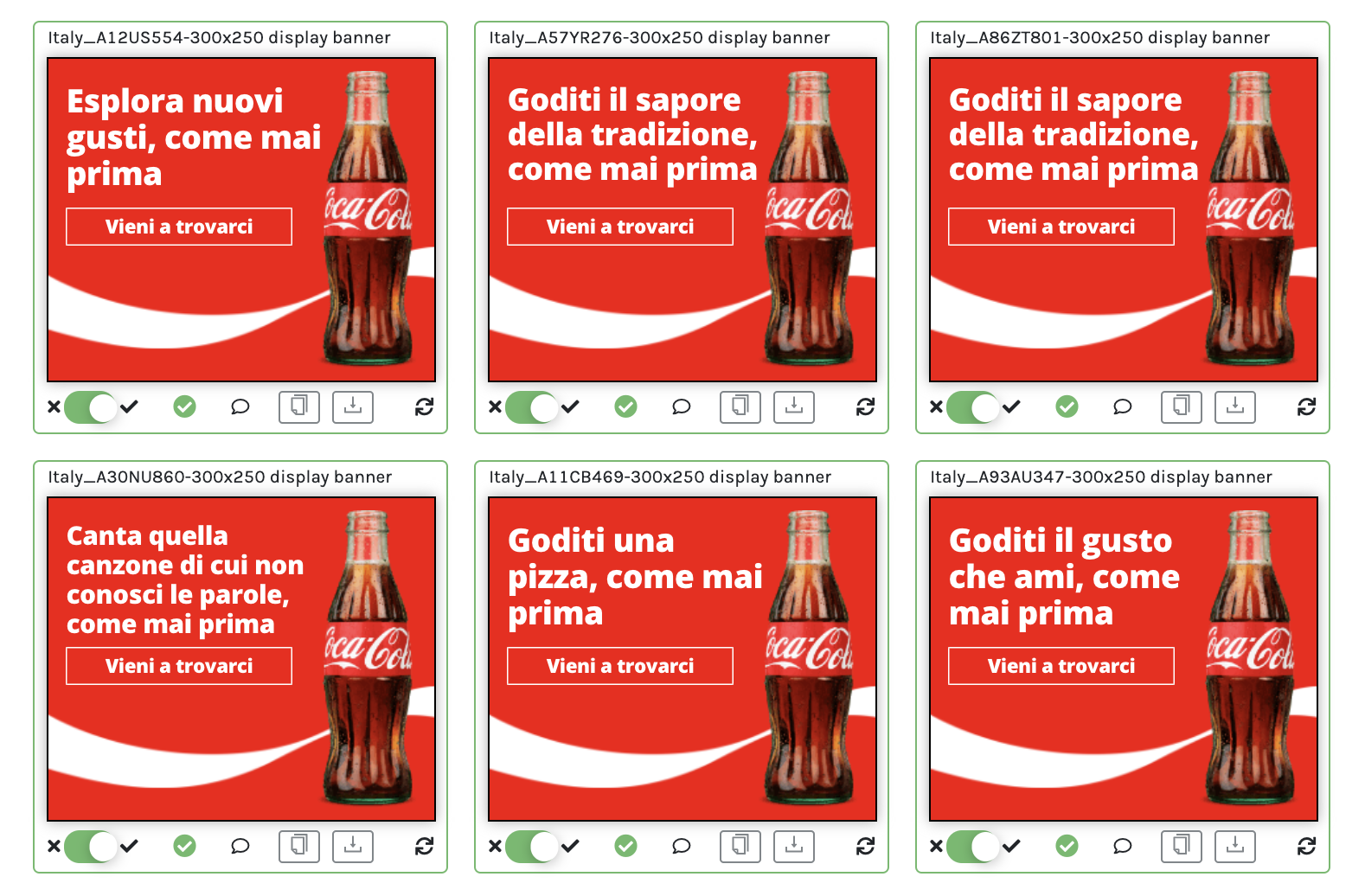 As countries started coming out of COVID lockdowns, Coca-Cola launched its new platform Open Like Never Before. The intent was to offer multiple means of support to Hotel, Restaurant and Café partners who needed marketing support during a reopening phase. This included targeted support for business owners to reopen safely, build resilience and promote their businesses by reminding people of special moments that they have experienced in their favorite local establishments. Ad-Lib.io provided the technology and expertise to help Coca-Cola launch digital creative at scale for this cross-market campaign, all while making significant savings in time and cost. Coca-Cola’s creative production had been manual and therefore time-consuming and costly. An existing manual approach using local creative agencies was in place, but it wasn’t viable for the scale of this project which extended across 11 CEE markets and 7,000 individual outlets! Activating localised ads at scale and on time would have been impossible. Coca-Cola needed an automated solution, fast!

Ad-Lib's creative workflow significantly simplified the entire activation process for everyone involved. Working with the Central & Eastern Europe (CEE) Business Unit marketing team, Ad-Lib.io came up with a far more integrated solution referred to as the Coca-Cola Ad Creator Business information was captured using a Coca-Cola branded form. The information from the form populated rows on a data source which, when linked with Ad-Lib’s dynamic template, automated the creative variants at scale. Ad-Lib.io coordinated with the local media agencies on file naming conventions and delivered the creatives to them twice weekly in bulk. Ad-Lib.io then automatically coded ads so they arrived already trafficked and ready to be set live. This was essential in places like Italy which included 4,000 outlets and would have been unmanageable for the media agency to execute in a timely manner.

By partnering with Ad-Lib.io, Coca-Cola was able increased the speed of creative production 5x. From receipt of the form data, we delivered ads to the local media agency in an average of 2 days versus 10 days previously. The campaign was successfully activated across 11 CEE markets with 14,000 ads created in total.