Why Everything at Ad-Lib.io Starts With a Concept 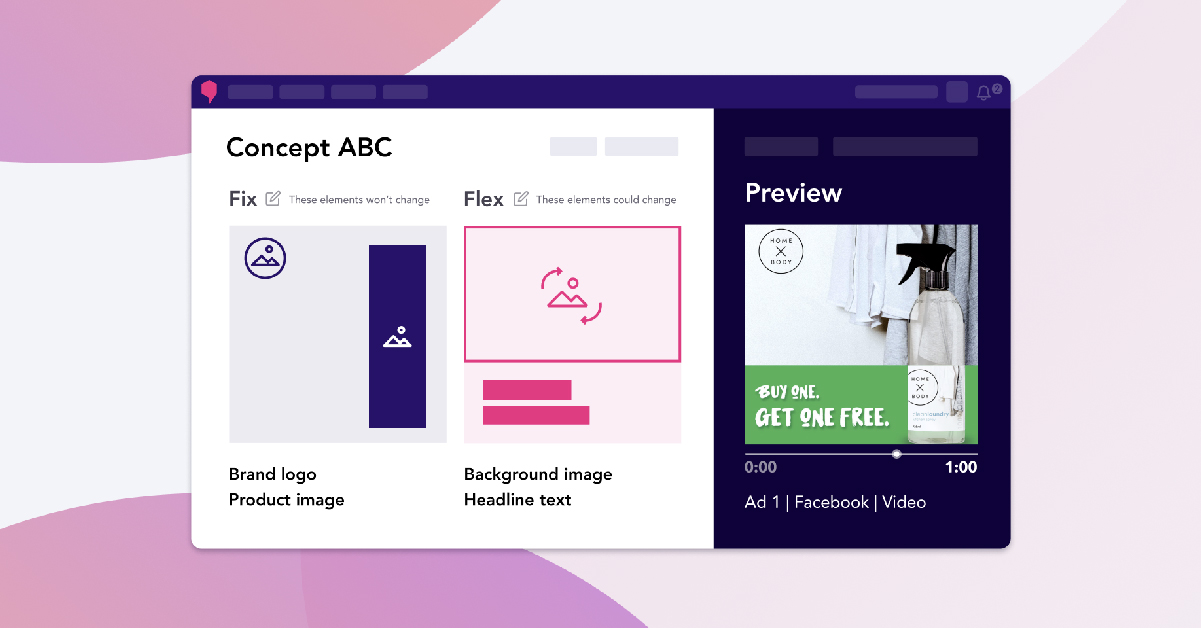 I had the word “conceptual” in my job title for years, but I don’t know that any two members of my previous agency teams could give you the same definition.

Creative agencies and media folks will define a concept by everything from a moodboard to a tagline to a cultural event. Strictly speaking, a concept is “an abstract idea” or, inversely, a plan or intention.

What is a concept?

A concept is an insight, idea, and execution well-packaged.

This definition, of course, depends on other ideas:

At Ad-Lib.io, everything starts with a concept. And while we’re a SaaS company priding itself on speed, automation and scale – it’s not a coincidence that the language (and the standards) of “old school” creativity is baked into everything that we do. And while we move from brief to design to go-live faster, and in greater numbers, than any organization I’ve ever worked with, it’s the dyed-in-the-wool creativity that really makes our clients love us – and makes concepts created in Ad-Lib.io really effective.

However, there are some differences between the Ad-Lib.io approach and that of a creative studio or brand team. After all, insights, ideas, executions and concepts are all just tools, codes marketers use to achieve a series of goals. When the Ad-Lib.io team implements these tools within complex dynamic creative executions, you may need to do a double take to recognise them.
‍

When deployed in a dynamic creative context, insights no longer have to be monolithic – you don’t have to hang the whole concept on just one. Instead, they can be more nimble, more particular, and frankly, more useful. You may use a set of insights for each segment of your audience – one for vegetarians and a different one for adventurous eaters, for example. Dynamic concepts should also be built to gather insights. In the Ad-Lib.io platform, each individual element of a creative execution is measured and tracked independently – no more clunky A/B testing.

Similarly, a single one of our concepts can play host to a myriad of ideas. The core idea is what our partner brands bring to the table, but instead of that idea being tied to a single strapline or visual – it’s focussed on structure. Think of it as the rules to a game, rather than a recipe – many different outcomes are possible within a clearly defined structure.

When it comes to executions, the scale is even more dazzling. At Ad-Lib.io our smallest batches of executions typically number in the dozens, and our largest, in the hundreds of thousands. Instead of manually producing one, three, or five creative executions – our automated tools help teams produce creative variations across all of their markets easily. When executions are mapped out in an Ad-Lib.io creative concept, they’re format and channel specific, but idea agnostic.

And all of this is nicely crafted by our experts into Ad-Lib.io’s definition of a creative concept: a set of bespoke dynamic templates – to house all of your wisest insights, wildest ideas, and world-spanning executions.

A concept is an insight, idea, and execution well-packaged. At Ad-Lib.io, a concept isn’t just a deliverable to be signed off – it’s your brand’s roadmap to infinite creative possibilities.