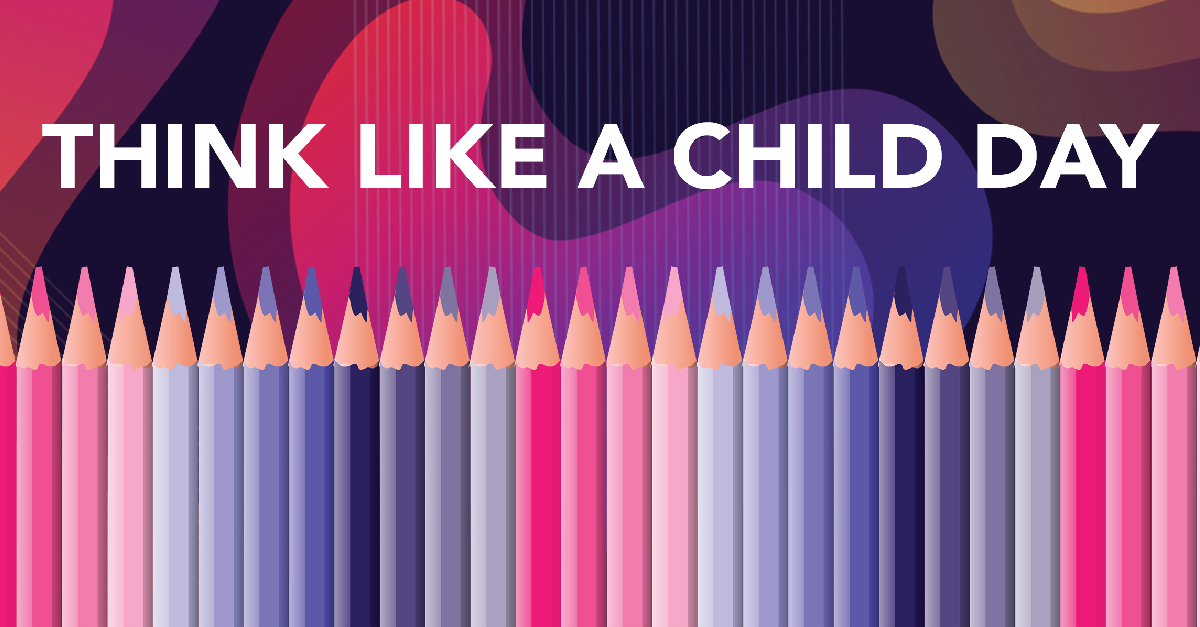 April 21st is National Kindergarten Day in the USA. It is also World Creativity and Innovation Day. In some minds, the two will be pretty much the same. But not in a good way.

All too often, serious business people are embarrassed by creativity. The word conjures up memories of finger paints and playdough. At NASA, however, when they were looking to recruit the brightest minds to help them put a man on the moon, creativity was the quality they most wanted. They defined it as the ability to solve problems. The Tom Hanks movie “Apollo 13” is a brilliant demonstration of the sort of creativity NASA was looking for.
‍

Dr. George Land devised a test for all would-be astronauts. As it turned out 2% of those who took the test were “creative geniuses.” Something inspired Dr. Land to give the exact same test to a class of five-year-olds. 98% of them registered as geniuses. In other words, we unlearn creativity.

Not only do we become less creative as we get older, I suspect status plays a part too. The grander your title, the more rigid your mind. So, on this day I urge you to think like a child. Not to behave like one (though in my experience, the grander the title the more likely that is the case).

When you think like a child, you see things for what they are. This is the story of the Emperor’s new clothes, of course. It was a child who saw what all the adults couldn’t, that the Emperor was stark-bollock naked.
‍

Digital creative is not childlike, which is the problem

On this day I urge you to look at digital advertising and see it for what it is.

Brands should do better. Consumers deserve better. And salvation is to be found in creativity. And innovation.

They’re not the same, but they depend on each other. Creativity is the ability to imagine things. Innovation is what happens when you make those things and they acquire value.
‍

What does this have to do with advertising?

Oh happy day! This is not an impossible task. In fact, the very opposite is true: it is completely possible and has a direct impact on business.  80% of people surveyed by Epsilon said they’d be more likely to buy from personalised recommendations. 49% said they actually did buy when they got a personalised message.
‍

It's not so hard to be relevant

The tech exists to deliver the right message to the right person in the right place and at the right time. So why is 97% of all digital advertising untargeted?

One commentator has written it’s because marketers “are physically, mentally and emotionally addicted to digital cocaine – super large quantities at super low prices.” When marketers are able to buy a trillion impressions, then who cares if a few ads are off target?

Actually, a lot of people care. And MOST ads are off target.

People have always understood that there is a trade-off. They know that the ads they see pay for the content they like. But now the trade-off is too high. People will pay good money to avoid the ads

The rise and rise of subscription services that specifically avoid ads – Netflix, Hulu, the proliferation of newsletters on Substack, and some newspapers, for example, is proof of that. Meanwhile, the average CTR across the Google Display Network has decreased by 41% in two years. On average, only one ad in 2,000 is interesting enough to merit interest.

The advertising industry thinks this is acceptable. It’s not. It’s inconsiderate. Worse, it’s impolite. In the old days of TV advertising, we always thought that if you were appearing in people’s homes uninvited for 30 seconds or more, it paid to be pleasant. No such niceties exist anymore.
‍

How to damage your brand

You can spend millions on TV and video trying to persuade people to love you while your witless remarketing is getting them to hate you. This is more than a plea for increased sensitivity in media planning. It is a plea for greater creativity in the ads themselves.

With a little bit of thought, messages can be crafted to be intelligent, charming and even, shock-horror, amusing. The evidence is overwhelming. Better ads work better.

Yet recent Kantar research makes it clear that marketers hugely underestimate the quality of their advertising. This could be a costly mistake.

When people’s expectations of advertising are so low that marketing executives now rank as more untrustworthy than politicians, it’s time to watch out.

Honestly, it isn’t expensive and it isn’t hard to fix the problem.

It just makes me so cross sometimes that marketers are wilfully ignoring the power of creativity. Something virtually all kindergarteners understand, and only a few space heroes embody.

Still, April 21st is also National Tea Day in the UK, where I live, so I think I’ll just go and have a sit down with a nice cuppa. And hope for the best.